In 2001 the Solanum Choir from Alingsås in Sweden visited Schull and performed there. So in 2003 the West Cork Choral Singers undertook their first major foreign expedition flying from Cork to Gothenburg (via Amsterdam). Alingsås, about 50km NNE of Gothenburg is also known as the ‘potato capital’ of Sweden as one of its famous inhabitants is reputed to have introduced the potato tuber into Sweden. 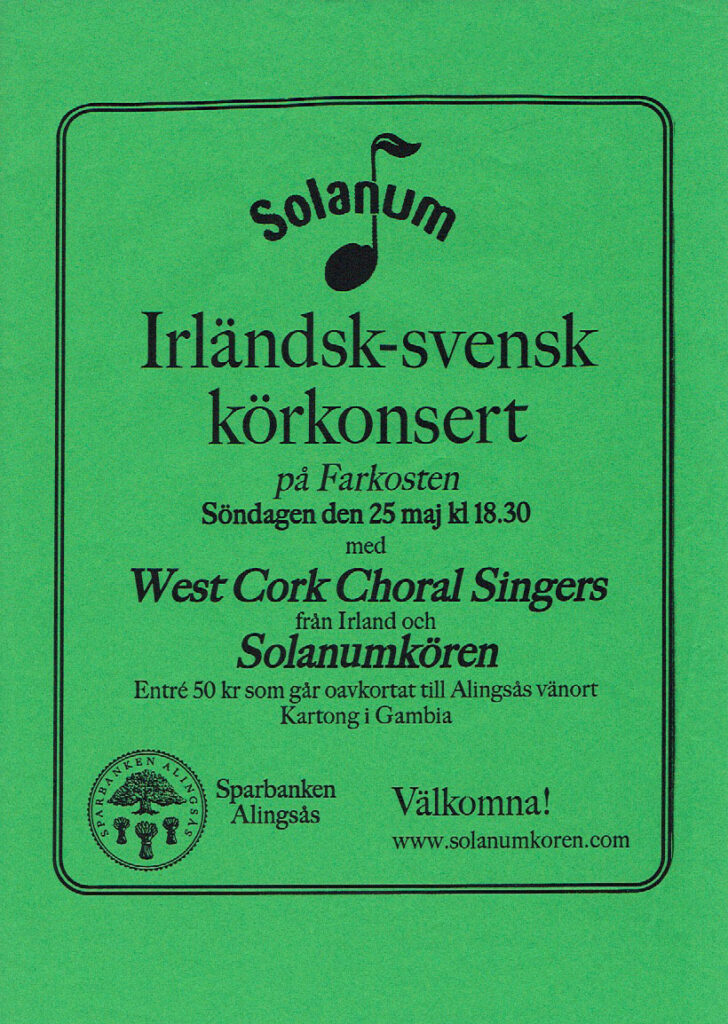 The admission fee of 50 Swedish kroner (about 5.40 Euro) went towards Alingsås twinning with Kartong in Gambia.

Spring was just beginning after the long Northern winter and people were beginning to go out to their small wooden cabins with allotments by the lake. Our hosts provided us with a bus and brought us to a number of local attractions and also a visit to Gothenburg, the ‘Venice of the North’ where we took a trip on the canal system and went under the colourfully named ‘cheese slicer’(Osthyveln) bridge–we all ducked to a suitable degree. 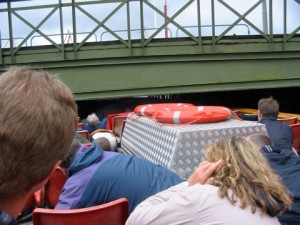