In April 2008 the West Cork Choral Singers travelled to the town of Turnov in the Czech Republic, just over an hour’s drive north of Prague. We were invited to join with members of Musica Fortuna in the city of Turnov.

Turnov is part of an area known as the Český ráj (Bohemian Paradise). It has a wealth of castles and chateaux, some dating back to the 13th century. We visited the Chateau of Sychrov. The chateau has been built onto over the centuries but started life in the 1600s. It is well preserved and maintained. We enjoyed a tour of the splendid interior and spent some time in the landscaped grounds, despite the rain!

Here is the upper hall, showing some of the beauty of the chateau. 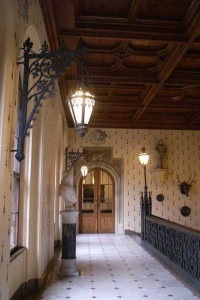 We also visited an area described in the tourist brochure as ‘the fairy tale hill full of stones’, Kozakov, which was indeed such a mixture of trees and rock as you would expect to find in one of Grimm’s fairy tales. 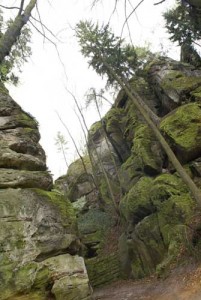 It is amazing how the trees curl their roots around the rock and yet manage to survive for many years. 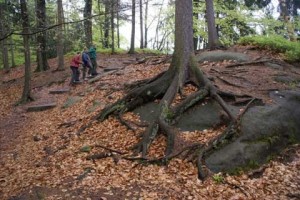 Wolf shows just how well-named is the rock opening known as The Mousehole, taking the visitor through the rocks and into another area of beautiful woodland. 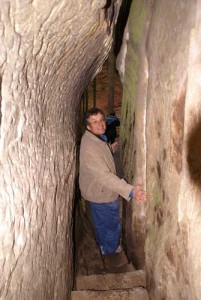 We danced the night away. Pictured here are the musical directors of the two choirs, Diana and Vite, leading by example! 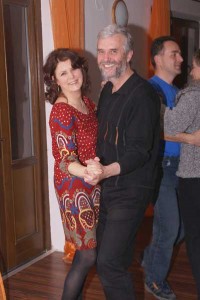 This is another spectacular sight outside the town of Liberec. In the winter it is covered in snow, a popular ski destination. We visited it on a beautiful spring day and enjoyed coffee at the very top. The building with the tall spire is a hotel. The view encompassed Poland, Germany and the Czech Republic. 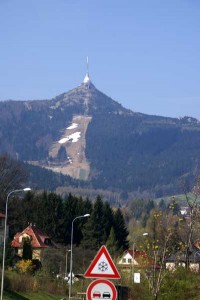 Our last evening was spent in the local fire station, where Musica Fortuna wined and dined us, and there was even more dancing. 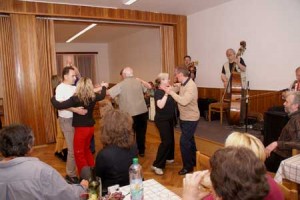 Jan, who was an excellent translator for us, also proved to have great musical ability. We gave him a traditional Irish tin whistle as a thank you for his hard work in translating for us. Within 24 hours he had learned to play it and gave us an Irish tune. 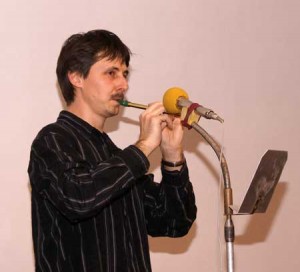 And so, all too soon, it was time to say goodbye. Some of our members stayed on in the area for a holiday and the rest of us travelled into Prague. 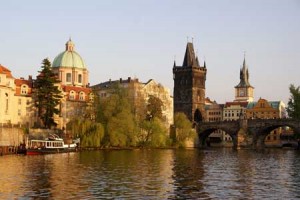 One of the most famous sites to see is the Astronomical Clock in the Old Town Square. 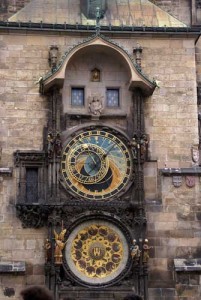 We returned to Ireland refreshed, having enjoyed the sights of the Czech Republic, but most of all having enjoyed making music with our new friends, Musica Fortuna who subsequently visited the West Cork Choral Singers in Schull in the summer of 2009.