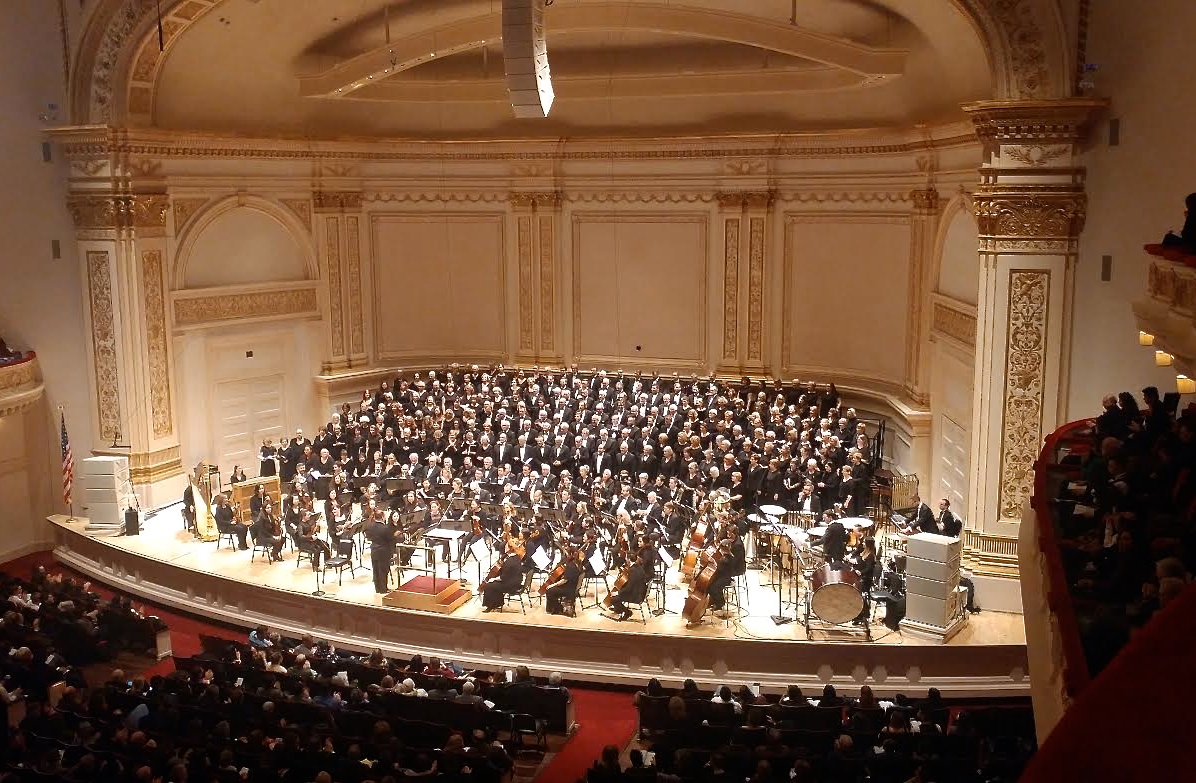 In January 2018 “Distinguished Concerts International New York” (DCINY) put on a concert to mark their 10th Anniversary.  It included the premiere of Karl Jenkins Sing! The Music was Given, specially commissioned for the concert, and The Armed Man, a Mass for Peace.

West Cork Choral Singers made the trip to New York to join about fifteen other ensembles who came together to form the mass choir for Sing! The Music was Given.  More details of the event can be found here.

Members of the choir have submitted their many photos from the trip which can be viewed here.